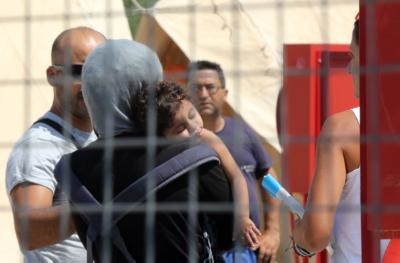 Hasikos said that competent authorities were well prepared and handled this issue really well. He noted that Cyprus has not been under so much pressure as other countries like Greece, which has received 200,000 refugees during that last six months.

The minister recalled that the 115 refugees are now accommodated at specific centres, noting that they will be taken care of as long as they stay there.

Responding to a question, Hasikos said that some of the refugees have applied for asylum. He noted that some of them will stay on the island and that the state will have to address these cases so that these people will able to live legally in the Republic of Cyprus.