Impossible could be made possible through dialogue, Iranian Deputy FM tells CNA 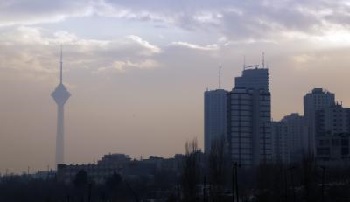 The Nuclear Deal between Iran and 5+1 showed that impossible could be made possible through dialogue and good will, and that could be the case on the Cyprus issue, Iranian Deputy Foreign Minister Ebrahim Rahimpour told Cyprus News Agency, in an interview on the occasion of his visit to Cyprus. Rahimpour pointed out that his visit aims to contribute to the peace efforts.

In his interview with CNA, Rahimpour said that during his meetings in Cyprus he will discuss ways and means of strengthening different aspects of our bilateral relations, as well as regional developments, among them fighting violence and terrorism. “Beside negotiation with my counterpart, there will be meetings with Foreign Minister Kasoulides, Justice Minister, President of the house of Representatives, Leaders of political parties and people in the business sector”, he said.

Invited to assess Cyprus-Iran bilateral relations, Rahimpour noted that these relations have always enjoyed a positive developing trend. “Different counters, including Cyprus, faced certain pressures to limit their trade relations with Iran due to the unfair and oppressive sanctions against Iranian people. But despite this fact”, he added, “both sides maintained a good level of relation due to common understanding and interest. Therefore, several agreements have been signed between the two countries during the last year. There is no limit for our relations and they could be developed in all areas including trade, investment, cultural, scientific”, he pointed out.

Asked on what sectors of the economy the two countries could develop cooperation and mutually invest, the Iranian official said that in his country they have a huge and diversified market in terms of Industry, Science & Education, Agriculture, High Tech, Energy, Infrastructure, and Communications. “Therefore, there are possibilities for cooperation in all those fields. Actually major European companies are now visiting Tehran to seek cooperation in those areas and that could be the case for Cypriot companies as well”, he said.

In a question on Iran foreign policy priorities, Rahimpour stated that the first priority is to help solving regional problems through enhancing relation and cooperation with neighbouring and regional countries, and Cyprus is among this group of countries.

Called to evaluate the recent Vienna Nuclear Deal, Rahimpour described it as a step in the right direction. “Traditionally we have excellent relation with Russia and China, we even have had good relation with European countries and EU. But”, he added, “when it comes to US, they have to revise their wrong policies toward Iranian people. Relations between countries are established and conducted based on mutual respect and common interests, thus, its subject to a mutual willingness”.

Asked about the developments in the Middle East and the rise of ISIS, the Iranian Deputy Foreign Minister said that ISIS is a phenomenon based on extremism. “Extremism in areas of religion, racial, ethnic, geographical and other matters, is spiteful and destructive, therefore it would be wrong to attribute this notorious group to any specific region, religion, race or ethnicity”, he said and pointed out that there is no relationship between elements of ISIS and Islam.

Rahimpour said that the crimes and atrocities committed by ISIS cannot be justified by any religion and stressed that if all countries express their repugnance towards extremism and extremists and prove it by action, this phenomenon and its elements will be dismissed, without the chance to grow within the same framework of dialogue with countries of the region.

“Cyprus as an EU member state located in this volatile region could offer valuable help toward this. The fight against extremism is a global challenge which calls for participation of all countries”, he stated.

Regarding the latest developments in the Cyprus problem and asked how could Iran contribute to or facilitate the achievement of a lasting solution, Rahimpour said that they are closely monitoring the trend in the negotiations. Resumption of negotiations, he said, and the seriousness showed by both side is a promising sign and matter of appreciation.

He went on to say that the will and dedication of the leaders of both sides to reach an agreement is unprecedented and we admire such efforts. “Naturally there are number of technical issues, however in light of such a spirit we hope to witness the final resolution of this issue. The existence of chronic problems in any society, could be an obstacle toward progress and prosperity”, he said.

Rahimpour explained the clear, as he said, official policy of the Islamic republic of Iran toward Cyprus and the Cyprus issue. “We have always maintained a close relation with both Greek and Turkish communities in the island as part of this policy, and we always make use of this relation to encourage them for a sustainable solution and reestablishing unity in this beautiful island”, he said. He stressed that one of my main objectives on his trip to Cyprus is to contribute to this process, and expressed hope that soon we can witness the fruition of all these efforts.

“The Nuclear Deal between Iran and 5+1 showed that impossible could be made possible through dialogue and good will”, he concluded.