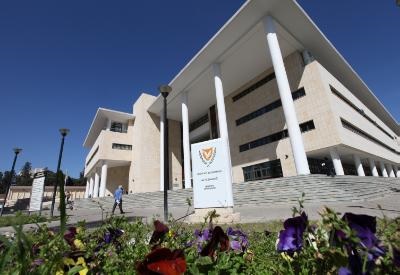 The IMF`s Executive Board will discuss on September 23 the eighth review of Cyprus` adjustment program, Vincenzo Guzzo, the Fund`s resident representative in Cyprus has told the Cyprus News Agency.

The completion of the review would allow the disbursement of about €125 million for Cyprus.

“The 9th review mission is expected to take place during the first half of November. It is scheduled to be the penultimate review of the program” Guzzo told the CNA.

He said that the mission will focus on addressing the high level of non-performing loans through implementing the insolvency and foreclosure regimes, as well as continuing to enhance the debt restructuring supervisory framework. Focus will also be on implementing structural reforms with the aim of boosting growth and jobs and ensuring fiscal sustainability. Public administration reform and privatization are important in this regard, he noted.

Guzzo added that “the Board discussion for the 8th review is scheduled for September 23. Completion of the review would allow the disbursement of about €125 million” he explained.

Some reforms, he said, “have encountered delays, but overall policy implementation has been good with broad progress across the program agenda”.

Asked about NPLs and the country`s prospects to return to growth in 2015, IMF`s resident representative in Cyprus noted that “the NPL ratio for the banking system has remained broadly unchanged since the end of last year, but encouraging signs now appear to emerge with the pace of NPL restructuring accelerating in recent quarters. The economy has surprised on the upside in the first half of the year and this bodes well for a return to positive growth in 2015”.