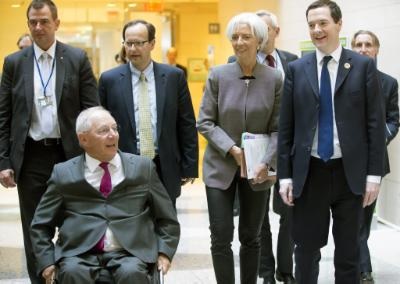 The IMF has said that economic and fiscal outcomes in Cyprus have been better than expected.

It also said that the high level of non-performing loans remains an urgent priority and must be addressed in order to preserve financial stability and boost growth and job creation.

The Executive Board of the International Monetary Fund (IMF) today completed the combined fifth, sixth and seventh reviews of Cyprus’s economic adjustment program supported by the Extended Fund Facility (EFF).

The Executive Board also approved a revised schedule of future disbursements and reviews, given the delay in concluding the current ones. Conclusion of the eighth review is now expected to take place during September 2015, with two more reviews following on a quarterly basis.

The three-year, SDR 891 million (about €1 billion) arrangement was approved on May 15, 2013. Cyprus’s economic program is also supported by financial assistance from the European Stability Mechanism (ESM) amounting to €9 billion.

Economic and fiscal outcomes have been better-than-expected, with growth turning positive in the first quarter of 2015 and public finances exceeding targets, he pointed out.

“Liquidity and solvency in the banking system have improved, allowing the elimination of external payment restrictions. Going forward, it will be important to maintain the reform momentum and strong program ownership,” he added.

“Addressing the high level of non-performing loans remains an urgent priority to preserve financial stability and boost growth and job creation. In this respect, adoption of the new insolvency and foreclosure legislation is a key step. To maximize the legislation’s effectiveness, it will be important to make any necessary adjustments to correct identified deficiencies that hinder implementation,” he said.

Moreover, he said that “continued efforts are needed to strengthen banking supervision and build the capacity of the banking system to restructure loans in a sustainable manner. It is important that financial institutions continue to implement their loan restructuring plans, monitor progress on the basis of performance indicators, and address any deviations.”

Concluding his statement, Lipton says that “The authorities should continue to advance structural reforms to strengthen public finances and lay the ground for sustained growth. Fiscal reforms should focus on revenue administration, public financial management, and public administration. Progress in privatization and further efforts to improve the business environment and reduce unemployment are also needed.”