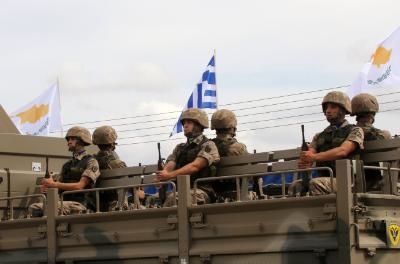 House Speaker Yiannakis Omirou said on Thursday that the Republic of Cyprus constitutes the shield “in our struggle to end the Turkish occupation” of the island’s northern third.

Speaking to the press after the military parade in Nicosia to mark the 55th anniversary of Cyprus` Independence Day, Omirou said that “we must pay tribute and express our gratitude” to the heroes of the struggle for independence and to those who lost their lives in the struggle to safeguard the Republic of Cyprus in 1963-1964 and who fought to defend democracy during the military coup of July 1974, as well as to those who fought to defend Cyprus during the 1974 Turkish invasion.

The Speaker said that the 55th anniversary of Cyprus` independence should be the starting point for achieving the objectives of the people of Cyprus.

Cyprus has been divided since 1974, when Turkey invaded and occupied its northern third. UN-backed talks, aiming to reunite the island under a federal roof, resumed on May 15, this year.