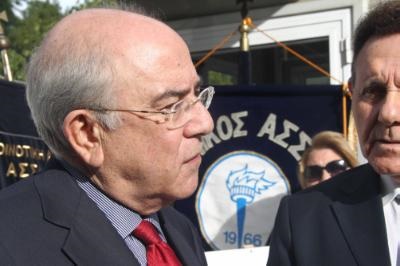 Speaker of the House of Representatives Yiannakis Omirou has denounced statements made by Turkey`s President on the Cyprus problem and the hydrocarbons reserves in the island`s exclusive economic zone (EEZ), calling for a more intense campaign on a European and international level.

In a written statement issued on Wednesday, Omirou says that Tayip Erdogan`s statements confirm Turkey`s policy and strategy to seize the Cyprus natural gas and abolish the Republic of Cyprus.

The influx of statements made in the past few days by Turkish officials or Turkish Cypriots is evidence that the Turkish side has put in force “plan B“ which was approved by Turkey`s National Council with the aim to upgrade the illegal entity in Cyprus` northern Turkish occupied areas and downgrade the Republic of Cyprus to “Greek Cypriot administration“, he added.

Omirou expressed his deep concern about the latest developments, pointing out that “we all need to be aware and begin a campaign on a European and international level in order to annul the Turkish plans.”

Cyprus, an EU member since 2004, has been divided since 1974 when Turkey invaded and occupied its northern third. Turkey does not recognize the Republic of Cyprus, in spite of numerous calls by the EU, which Ankara aspires to join, to do so and normalise relations with Nicosia.

Numerous UN-backed negotiations with the aim to reunite the island under a federal roof have failed to yield results. Cyprus President Nicos Anastasiades suspended his participation in the peace talks following a Navigational Telex or NAVTEX, issued by Turkey in October last year, as Turkish seismic research vessel “Barbaros” violated the Republic’s exclusive economic zone.