House President: Recognition of Cyprus’ sovereignty in EEZ necessary for return to talks 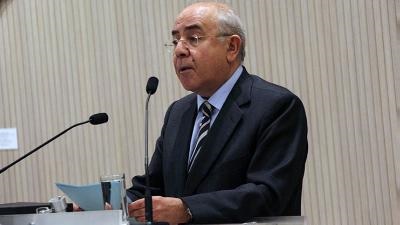 The process that is underway in a bid to resume the UN-led peace talks must not question in any way Cyprus` sovereign rights, President of the House of Representatives Yiannakis Omirou stressed on Tuesday.

Omirou noted that practical recognition of Cyprus` sovereignty in its exclusive economic zone (EEZ) must be a prerequisite for the Greek Cypriot side`s return to the negotiating table.

The Turkish NAVTEX expired on Monday and Barbaros has left Cyprus` EEZ.

UN Secretary-General`s Special Advisor on Cyprus Espen Barth Eide has returned to the island to meet the leaders in an effort to restart the stalled peace process.

Any proposals suggesting “mutual freezing” of activities in the EEZ must be rejected, Omirou told soldiers of the armed forces.

The island has been divided since 1974, when Turkish troops invaded and occupied its northern third.