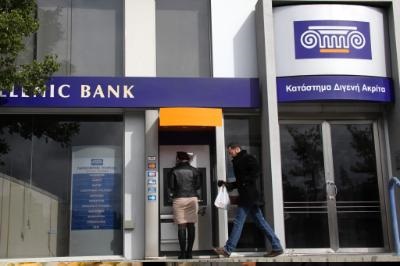 Cyprus` macroeconomic outlook shows signs of stabilization and economic growth is achievable within 2015, according to the Hellenic Bank.

According to the Economic Review for the fourth quarter 2014, the economy is on a path back to growth. It points out that for 2014 real output declined at a rate lower than initially projected. While the Cypriot economy remained weak in 2014, it did show some improvement compared to 2013. The fact that the Cypriot economy performed better than expected so far along with the prospects for recovery create a positive climate that helps boost the economy.

The Bank’s Economics Research Department expresses the view that the better than expected economic performance was mainly driven from relative improvements on observed indicators of the real economy which demonstrate the good endurance of the Cypriot economy. The better than expected performance of the economy along with the progress in the restructuring of the banking sector allowed the Cypriot authorities to further relax the restrictions on cross – border capital movements.

The Hellenic Bank also assesses that the economy in 2015 could return to positive growth, under the appropriate conditions and with the right moves and initiatives. However, in the review it is stated that the delayed implementation of the structural reforms under the Memorandum of Understanding, the discussions on abandoning the Memorandum before the completion of the Economic Adjustment Programme and the negative outlook of the Russian economy may jeopardise the Cypriot economy’s efforts to end the recession within 2015.

As highlighted, the economy’s recovery largely depends on correcting the structural distortions that led the country to this situation and creating a tighter regulatory framework to base the restoration of confidence of Cypriot society and foreign investors. The implementation of the institutional reforms is an important pillar for improving the business environment in order to promote investments.

The Economics Research Department notes that, the structural reforms in the public sector and the completed restructuring of credit institutions are the starting point for overcoming the crisis. It also highlights that the key in regaining the trust of Cypriot society and the foreign investors with regard to the potential offered by the country’s modern economic environment is to unwaveringly continue with the strict implementation of the Cyprus Economic Adjustment Programme.
The Economic Review also notes that the better-than-expected fiscal developments should not be regarded as a permission to relax the efforts for the public sector’s reformation. Nor it is a chance to apply an expansionary fiscal policy as a measure to combat the crisis.

In the Economic Review, the Economic Research Department notes the successful completion of the Comprehensive Assessment of the Asset Quality Review (AQR) and the capital adequacy, under extreme scenarios, of the four Cypriot systemic banks. The Department trusts that the assessment results show that the Cyprus banking system is returning to a healthy and strong basis and is ready to actively support the recovery of the Cypriot economy.

According to the economic review, a key challenge is to fully restore the credibility of the financial sector with special reference to the drastic restriction of the increasing trend of non-performing loans. The reform by the government bill on insolvency and the adoption of new policies for strategic growth and for battling unemployment will be invaluable tools in that direction.
CNA/TKE/MM/2015
ENDS, CYPRUS NEWS AGENCY