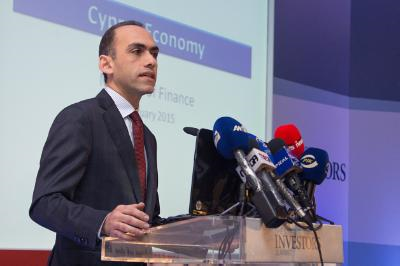 Finance Minister Harris Georgiades has said that the new proposal, as submitted by the Greek Government on Wednesday to its international lenders, is a move towards the right direction.

At the same time he sent a message of cautious optimism, saying that through a well-structured support program, which will not focus on taxes and charges, but on reforms and consolidation measures, the country can have new prospects.

“The Hellenic Republic is prepared to accept this Staff Level Agreement subject to the following amendments, additions or clarifications, as part of an extension of the expiring EFSF program and the new ESM Loan Agreement for which a request was submitted today, Tuesday June 30th 2015“, the letter reads.

The Minister, speaking to the press after a Cabinet meeting, said that “we want to ensure the presence of Greece in the eurozone and in the EU`s hard core, pointing out that “we want to avoid serious risks and dire consequences that the Greek people already face“.

“We know that a state cannot be off the international markets and outside a support program, because this will inevitably lead to an economic impasse,” he added.

According to Georgiades, Greece and the Greek citizens face a very difficult situation but at the same time he sent a message of cautious optimism “that through this perspective, risks can be avoided and the country can move forward.”

He added that Cyprus will outline its position at the Eurogroup level, at a national level but also within the European Support Mechanism.