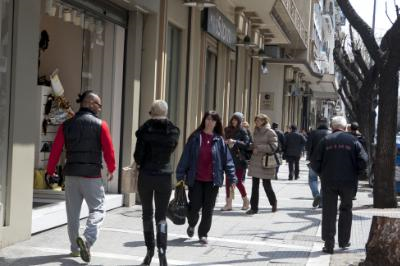 Deputy Government Spokesman Victoras Papadopoulos has said that the Cyprus economy has exited recession, adding that this is the result of the sacrifices of the Cypriot people.

In statements after today’s Cabinet meeting, which took place at the presidential residence in the Troodos mountains, Papadopoulos said that the Council of Ministers was briefed on the six-monthly fiscal policy report, adding that the report shows that during the first six months of 2015 a growth rate of 1% was recorded, in contrast to the prediction of 0.4% growth rate.

He pointed out that based on international practices, when an economy records growth for two consecutive quarters, it is considered to have exited recession.

Papadopoulos said that based on predictions, 2015 will close with real growth.

“We have begun entering the path of development that will contribute to the reduction of the unemployment rate and the number of the non-performing loans”, he stated.

The Deputy Government Spokesman said that despite the positive signals, this is not a time for celebration and stressed that efforts must continue.

The sacrifices of the people of Cyprus “have begun to yield results”, he added.