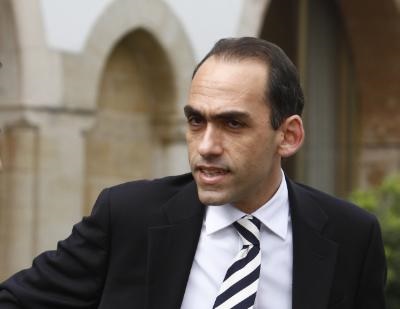 Finance Minister Harris Georgiades has said that the government and the European Investment Bank (EIB) are discussing the possibility of establishing a development bank or a development financial institution.

Speaking before the House Committee on Commerce, Georgiades expressed cautious optimism regarding the EIB financial schemes of €300 million through commercial banks.

Replying to questions by members of Parliament, the Minister said that the issue of establishing a development bank or a development financial institution, without banking operation licence, is still open.

There is a simple restriction, he said, “in order to establish a bank, you need a significant amount of money as capital. Such a capital cannot come from our own resources, we are in an open discussion with the EIB, without any conclusion though.”

As regards the European Bank for Reconstruction and Development (EBRD), Georgiades said that it has recently opened an office in Cyprus with a prospect of investment in a period of five years from 500 to 700 million euro.

Referring to another plan, under the title Entrepreneurship Fund, Georgiades said that EIB` s contribution would be 100 million euro and the commercial bank`s contribution would be at 50%. As he explained, the plan concerns small and medium size businesses with an interest rate from 3.4% to 3.9%. He said that for this plan an agreement has been reached only with the Bank of Cyprus, and expressed hope an agreement with the Hellenic Bank to follow.

As regards the Investment plan of the European Commission`s President Juncker, Georgiades said that is still on the cards. Its aim is to mobilize private capital from private banks and investment funds and through the guarantee to reduce the risk of major projects of the private sector and of the partnerships between the private and the public sector. The goal is to offer more than 300 billion Euro in a European level.