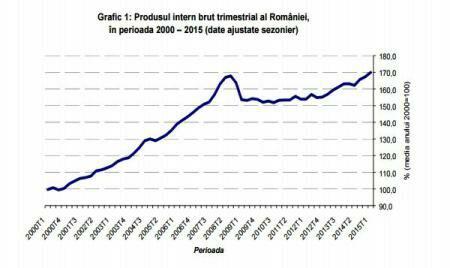 The GDP was higher by 1.6% in real terms in Q1 of this year compared to the Q4 2014, and compared to the similar period of last year it rose by 4.3% in unadjusted terms and by 4.2% in seasonally-adjusted ones, according to the data released on Wednesday by the National Statistics Institute (INS).

Following the revision of the unadjusted terms by including the GDP estimate for Q1 2015 into the quarterly terms, the seasonally adjusted terms have been recalculated, with the volume indices having been revised from the second provisional version of GDP for Q4 2014, published on April 7, 2015.