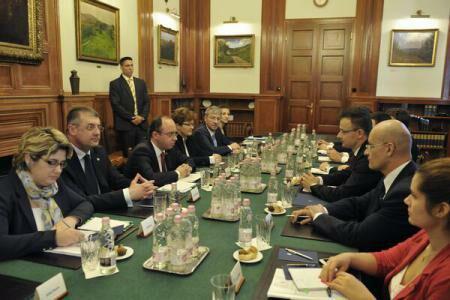 “Because a European arrest warrant was issued yesterday on the name of Mr Marko Attila, I asked my colleagues in the Hungarian Foreign Ministry to forward to the relevant authorities of Hungary our invitation to Hungary to observe the European legislation in this field so that the procedure may be completed,” Aurescu told a joint news conference in Budapest with his Hungarian counterpart Peter Szijjarto.

The Romanian chief diplomat pointed out that the foreign ministries do not have jurisdiction over the enforcement of arrest warrants worldwide.

“Today is the first day when the Romanian Foreign Ministry could take diplomatic action, because the warrant arrest was issued by the relevant Romanian court yesterday and submitted through specific judiciary channels,” Aurescu said in relation to the situation of MP Marko Attila. More…