ForMin Aurescu: UN, a genuine friend and support for Romania 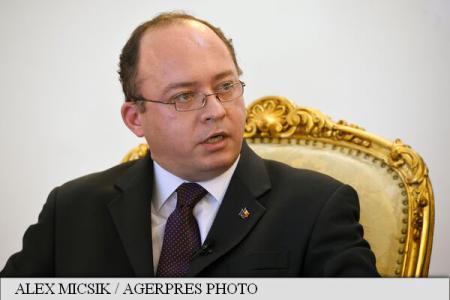 Romania’s Foreign Minister Bogdan Aurescu says the US is to Romania a genuine friend and support, hailing the 70th anniversary on Saturday of the UN and 60the anniversary of Romania’s UN membership.

“The United Nations Organization is a genuine friend and support to Romania. Romania has made partners from among the countries on all continents. The UN, together with other international organisations, has assisted Romania when transitioning and undergoing democratic changes after the December 1989 Revolution,” Aurescu is quoted as saying in a press statement released by the Romanian Foreign Ministry (MAE) on Saturday.

‘In its turn, Romania has been an active and constant partner in the promotion of the UN objectives that regard the humankind’s global interests as well as the interests of the member states in ensuring peace and security in the world, development, the affirmation of the international law as an essential component of international affairs, and more recently in the promotion of democracy and human rights,’ reads the statement.

On this anniversary occasion, when also marked is Romania’s 60th anniversary of UN membership, MAE holds a series of public and cultural diplomacy events, which, according to the Romanian chief diplomat, are “an homage to the longest living and most comprehensive international cooperation organisation, the United Nations Organisation.’

MAE reports that State Secretary for Global Affairs Carmen Liliana Burlacu on Friday attended a special concert staged by the George Enescu Philharmonic Orchestra for the United Nations Day at the proposal of the ministry. More…