Foreign Ministry fulfills actions as part of the Schengen acquis 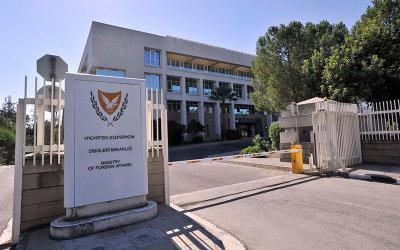 According to a press release issued by the Ministry, on June 30, 2015, certain actions of the 2013 Annual Programme were implemented.

These actions concern investments as regards the national Visa Information System – VIS, building alterations and installment of security equipment in the consular departments of Cyprus` Embassies in Beijing, New Delhi and Pretoria (95% of the cost will be financed by the External Borders Fund and 5% by the Republic of Cyprus) and the provision of maintenance and support services for the computer equipment and the software of the national Visa Information System (co-financed by 95% by the External Borders Fund).
CNA/MK/MM/2015
ENDS, CYPRUS NEWS AGENCY