Foreign Minister wraps up his visit to New York 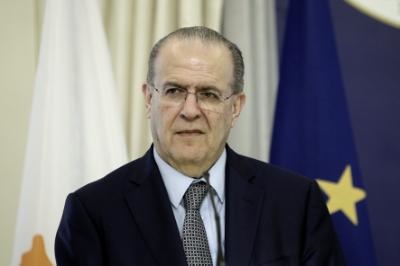 Foreign Minister Ioannis Kasoulides wrapped up on Friday his visit to New York, after a number of contacts he had with several of his counterparts, on the sidelines of the UN General Assembly session.

Kasoulides met on Friday with the Foreign Ministers of Andorra and Bahrain, while on Thursday he had bilateral meetings with his counterparts of Cuba, Samoa, Barbados, Libya and Iran.

During the meetings, Kasoulides exchanged views with his counterparts on a range of topics, while he also promoted the candidacy of Ambassador Andreas Mavroyiannis on behalf of Cyprus, for the presidency of the 71st Session of the General Assembly of the United Nations.

Kasoulides also had on Friday a meeting with the Head of External Relations of the Kurdistan Regional Government (KRG).