FM to participate in AIPAC Policy Conference in Washington DC 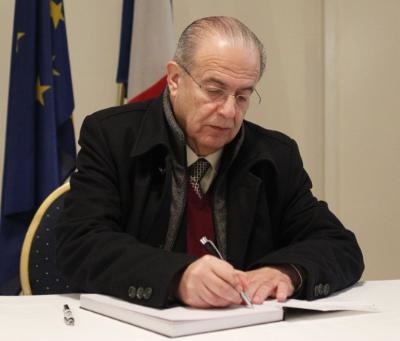 Foreign Minister Ioannis Kasoulides will pay a visit to Washington D.C. on 1-4 March to participate in AIPAC Policy Conference, the largest gathering of America`s pro-Israel community. Kasoulides is expected to be among the speakers at the conference.

At the same time, the Cypriot Foreign Minister is expected to have a meeting on Monday, at the State Department, with the Assistant Secretary of State for European and Eurasian Affairs Victoria Nuland. During this meeting, the Cyprus issue and bilateral issues are expected to be discussed.

Averof Neophytou, President of the ruling party DISY, will also attend the AIPAC Policy Conference. During his stay in DC, Neophytou will meet with Amanda Sloat, Deputy Assistant Secretary of State, with a high ranking official from the Department of Treasury, and with members of the Congress.

Many members of foreign governments and politicians from 60 countries will participate in the Conference. This year, the Israeli President Benjamin Netanyahu will participate and address delegates.

During March, two Cypriot officials are also expected to visit the US capital. Around March the 10th the Minister of Energy Yiorgos Lakkotrypis is to visit Washington, and at the end of March, Government Spokesman Nicos Christodoulides.

Christodoulides will represent the Government at the conference of the Cyprus Federation of America, and the celebrations for the 25th of March, which marks Greek independence day.
CNA/ΑΖ/TKE/MM/2015
ENDS, CYPRUS NEWS AGENCY