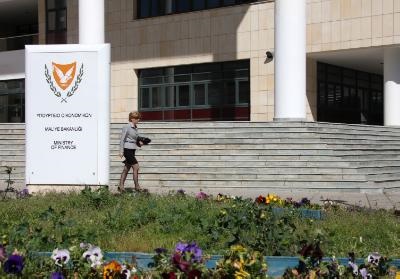 The programme for the consolidation and reform of Cyprus` economy yields results and should be continued, Harris Georgiades, the Finance Minister has told the heads of the troika mission.

During a meeting on Monday the two sides discussed the implementation of the memorandum since last July, when the lenders carried out the last assessment. Christalla Giorkatzi, Governor of the Central Bank was present at the discussion on developments in the banking sector.

In statements to the press, the Minister said he hoped that in the coming days there will be a rational solution on the issue of foreclosures and not one based on exaggerations, as he noted.

Cyprus is in breach of the terms of the Memorandum after the 56-member Parliament decided to suspend until March 2 a foreclosures law, a pivotal requirement for the island’s €10 billion bailout, until the government tables to the Parliament all the five bills of an insolvency framework, aimed at setting up a safety net to protect vulnerable groups from foreclosure of mortgaged property.

“I had the opportunity to brief the Troika on the progress related to the reform and consolidation of the Cypriot economy. We have been following a programme for almost two years now, aiming at correcting the problems that have led the Cypriot economy into an unprecedented crisis” Georgiades told the press after the meeting.

“We have a programme that yields tangible results and therefore it has to be continued and this is what we have told the Troika today,” he noted.

Cyprus has not overcome difficulties for good, Georgiades said, adding however that “we are on the right track”.

“The economy`s performance has been improving, unemployment has dropped for the first time after years, there is no need to impose new taxes and the banking sector has stabilised, despite some problems that still exist” he said.

“This correction process, which has to continue, serves the dual purpose of economic recovery and restoring the state`s credit assessment, which will eventually render unnecessary Troika`s presence” in Cyprus, he added.