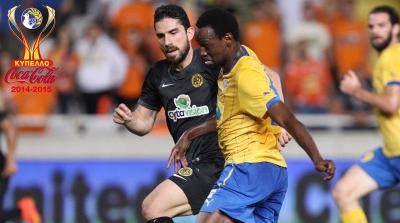 APOEL defeated FC AEL of Limassol at a match that took place on Wednesday at GSZ stadium, at the coastal town of Larnaka.

The Nicosia team won the title with a 4-2 win.

Following yesterday`s match, it is clear which four Cypriot teams will represent Cyprus at the UEFA matches for the period 2015-2016.

The teams are APOEL, AEK, Apollon and Omonoia. However, it is not defined yet which of those teams will compete in the Champions League and which in the Europa League.