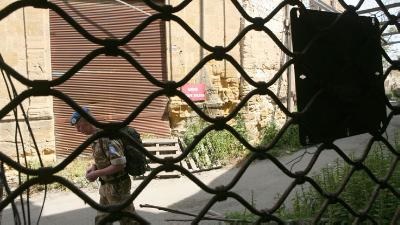 The UK Minister for Europe has reiterated his government’s full support for all UN Security Council resolutions relevant to the return of Famagusta to its lawful inhabitants.

David Lidington was responding to a question posed by the north London Conservative MP David Burrowes, a long-standing friend of Cyprus, regarding steps taken by the Foreign Secretary “to support the return of Famagusta in accordance with the UNSC Resolutions 550 (1984) and 789 (1992).”

In his written answer the Foreign Office minister stated that he understands the strength of feeling about Varosha, the present state of which reflected the consequences of the continued division of Cyprus.

“We fully support all relevant Security Council resolutions, including Resolutions 550 and 789. We have raised this issue with the Turkish Cypriots and with the Turkish authorities,” read Mr Lidington’s answer.

He also stated that the British government welcomes confidence building measures between the two communities, as they can have great value in fostering reconciliation and facilitating a comprehensive settlement.

He specifically referred to a meeting he hosted at the Foreign Office on 2 March at which Chambers of Commerce of both Greek and Turkish Cypriot communities were represented by their Presidents, both of whom spoke about the way in which a settlement would increase the prosperity of everyone on the island.