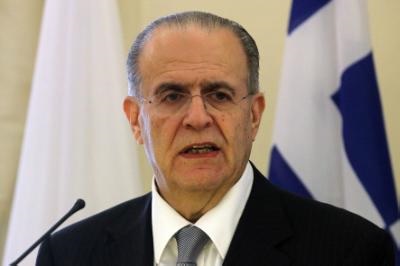 The EU-Turkey Association Council, which met in Brussels today, reviewed EU-Turkey relations, heard views on a range of issues and reaffirmed the significance the EU attaches to its relations with Turkey, as a candidate country and a key partner for the EU.

The EU expressed its expectations for Turkey to actively support the negotiations aimed at a fair, comprehensive and viable settlement of the Cyprus problem within the UN framework, in accordance with the relevant UN Security Council resolutions and in line with the principles on which the Union is founded.

“Turkey`s commitment and contribution in concrete terms to such a comprehensive settlement remains crucial,” it pointed out.

Cyprus Foreign Minister Ioannis Kasoulides referred to a document Turkey had circulated at the end of the previous Association Council which described the Republic of Cyprus as “defunct”, saying this did not give time to the Greek EU presidency at the time to comment.

Today Turkey distributed its initial document in time and the reference to a defunct Cyprus has been deleted.

“The Republic of Cyprus is a legal and recognised state in the EU, he said.

The EU commended the considerable efforts made by Turkey in hosting around 2 million refugees fleeing the violence in Syria and Iraq. In this context, the EU underlined that the very serious developments in the region, in particular in Syria and Iraq, render it crucial that dialogue and cooperation on foreign policy issues is increased.

The EU proposed to develop closer cooperation against ISIL/Da`esh and its funding networks and to stem the flow of foreign fighters.

The active counter-terrorism dialogue between the EU and Turkey was welcomed along with the exchange of best practice on the prevention of radicalisation and recruitment to terrorism. The EU also confirmed its intention to strengthen counter-terrorism cooperation and underlined the importance of developing police and judicial cooperation in the fight against terrorism.

Referring to the key issue of illegal migration, the EU reiterated its commitment to step up cooperation with Turkey on preventing illegal migration flows, as also expressed by the European Council on 23 April 2015. The EU also expressed concern about the significant increase in irregular crossings at the sea borders with neighbouring EU Member States.

The EU recognised that border cooperation across the land border with Greece and Bulgaria had improved and expressed appreciation of the dialogue developed between the Turkish authorities and the authorities of Greece and Italy in addressing irregular migration across the sea. The EU encouraged Turkey to develop such dialogue into a fully-fledged cooperation with a view to prevent illegal migratory flows in the Aegean Sea and the Mediterranean and to fight against smuggling of migrants and trafficking in human beings. The EU also reiterated its expectations of full and effective implementation by Turkey of the EU-Turkey readmission agreement.

With regard to the EU`s relations with Turkey, the EU welcomed the renewed commitment of the Turkish government to EU accession. The EU underlined that active and credible accession negotiations which respect the EU`s commitments and established conditionality, along with all other dimensions of the EU-Turkey relations, will enable EU-Turkey relations to achieve their full potential.

In this respect, the EU expressed its clear position as regards the Additional Protocol of the Association Agreement. Full and non-discriminatory implementation towards all EU Member States is an obligation and as such must be honoured. This implementation could provide a significant boost to the negotiation process.

As emphasised by the Negotiating Framework, the EU expressed its expectations for Turkey to actively support the negotiations aimed at a fair, comprehensive and viable settlement of the Cyprus problem within the UN framework, in accordance with the relevant UN Security Council resolutions and in line with the principles on which the Union is founded. Turkey`s commitment and contribution in concrete terms to such a comprehensive settlement remains crucial.

Under the current circumstances, the EU considers it more important than ever to ensure a positive climate with a view to the resumption of negotiations for a comprehensive Cyprus` settlement. The resumption on settlement talks on 15 May 2015 was welcomed by the EU. As stated in its conclusions of March 2014, the European Council has expressed its readiness to play its part in supporting the negotiations.

Regarding the domestic situation in Turkey, the EU extended its strongest political support to the renewed efforts towards a peaceful settlement of the Kurdish issue and encouraged further engagement by all parties to move the process forward.

Concerning the ongoing reforms, the EU welcomed the continued implementation of reforms adopted in previous years, and in particular measures announced in the September 2013 democratisation package. The EU, however, expressed concern with undue interference by the executive in the judiciary, frequent changes to key legislation without due consultation of stakeholders, and restrictions on access to information. Reforms should provide for adequate checks and balances fully guaranteeing freedom, democracy, equality, the rule of law and respect for human rights, including the rights of persons belonging to minorities. Reforms, including on a new constitution, should be prepared in line with European standards, so as to meet fully the Copenhagen criteria.

Concerning economic cooperation, the EU recalled the strong economic links between Turkey and the EU and the need to develop a high level economic dialogue. Progress under chapter 17 – economic and monetary policy would in due course further support such dialogue and encourage alignment with the acquis.