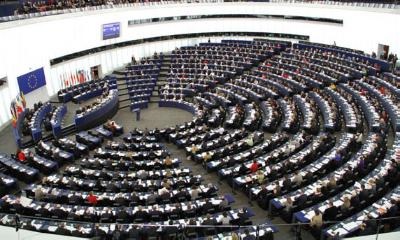 The European Parliament passed today a resolution urging the Turkish authorities to cease removing remains from mass graves found in the Turkish occupied areas of the Republic of Cyprus and to compensate the families of the missing persons.

The Parliament condemned the relocation that took place in the Ornithi village- where four burial sites were disinterred, two of which were the sites of mass graves and evidence suggests these graves had been previously exhumed and the remains of 71 missing civilians intentionally removed – as “a great disrespect to the missing persons and a gross violation of the rights of their families to finally know the real conditions of the deaths of their loved ones”.

The MEPs called for the immediate and complete verification of the fate of the missing persons and urged the Turkish government “to immediately cease removal of the remains from the mass graves and to comply with international law, international humanitarian law and the European Court of Human Rights (ECHR) judgments” and “to fully implement its obligation following the decision of the ECHR to compensate the families of the missing persons”.

The Republic of Cyprus, an EU member state since 2004, has been divided since 1974 when Turkey invaded and occupied its northern third. Numerous UN-backed negotiations with the aim to reunite the island under a federal roof, have not yet yielded result.

As a result of the 1974 invasion, 1,619 Greek Cypriots were listed as missing, most of whom soldiers or reservists, who were captured in the battlefield. Many of those missing were last seen alive in the hands of the Turkish military. A total of 1073 remains have been exhumed by the Committee of Missing Persons, 546 of which have been identified with the DNA method (421 Greek Cypriots and 125 Turkish Cypriots). Only 27% of all missing persons have been identified so far.