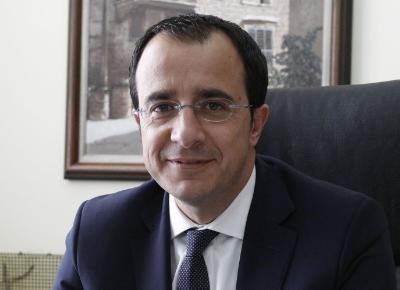 The top UN envoy on Cyprus has replied, through public statements, to claims by the Turkish Foreign Minister that President Nicos Anastasiades is not sincere in his quest for a solution, Government Spokesman Nicos Christodoulides has told CNA.

“Espen Barth Eide`s statement, after his meeting on Wednesday with the President, acknowledging the step Anastasiades has taken and calling on all sides to recognise this is a response to Turkish Foreign Minister`s Mevlüt Çavuşoğlu claims that President Anastasiades is not sincere,” he told CNA.

Mevlüt Çavuşoğlu said yesterday that President Anastasiades is not sincere and called on the Greek Cypriot side to return to the negotiating table without setting any preconditions.

Christodoulides, who was asked by CNA to comment on Çavuşoğlu`s statement, referred to what Eide had said after his meeting with Anastasiades, who “did not just recognise in public the President`s constructive approach but also called on the Turkish side to recognise this”.

“I think we should see that a step has been taken by Mr. Anastasiades and that’s something to build further on. I now call on all sides and also the Turkish Cypriot side to recognise this”, Eide had said.

Turkey, whose troops occupy Cyprus’ northern part since they invaded in 1974, does not recognize the Republic of Cyprus, in spite of numerous calls by the EU, which Ankara aspires to join, to do so and normalise relations with Nicosia.