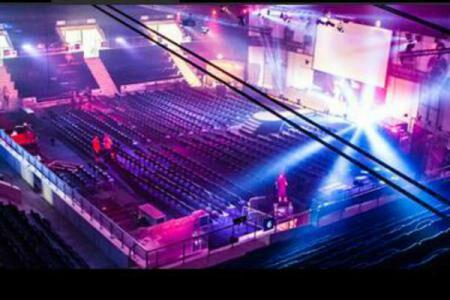 One of the biggest digital sports festivals in the country, with the participation of 500 players from all over the world, will start in Cluj on Thursday.

The prizes of DreamHack amount to 300,000 dollars and will be offered to the winners at the end of the four-day festival.

According to a press release issued for AGERPRES by the organizers of the festival, the main event will be the CS:GO tournament — DreamHack Open. The world’s 16 best CS:GO teams will compete at this tournament for the trophy and prize money of 250,000 dollars. A multinational team of 14 analysts and famous commentators will be present in the DreamHack Cluj-Napoca studio. Matches will be broadcast live, on dreamhack.tv and at www.twitch.tv/dreamhackcs.

Also, the Hearthstone PGL Winter Tavern Tales 2015 tournament is gathering 128 players from the country and abroad, who will compete for total prize money of 25,000 dollars. Of the 128 competitors, only 16 will advance to playoffs, which will be held in the single-elimination bracket system, Best of 5, where any mistake would mean elimination from the tournament. More…