Decline in tourist arrivals from Russia expected in 2015 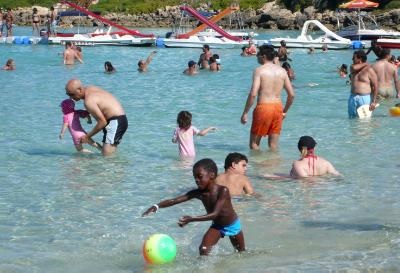 The Cyprus Tourism Organisation is concerned over the anticipated decrease in the number of tourists from Russia.

In a press conference on Tuesday, CTO Chairman Angelos Loizou said that if the reduction can be contained at around 25%, then this gap can be covered by tourist arrivals from other countries. If the percentage though is greater, then there will be a problem.

Speaking to reporters after a meeting which examined the tourism planning for 2015 and coordination with tourism companies, Loizou said “unfortunately this period is such where a number of serious issues need to be addressed”.

He said although in 2014 results were satisfactory, they could have been better, with a total of 2,440, 000 million tourists arriving in the island, marking an increase of 1.5%, higher than in 2013.

“There are complex messages but also encouraging ones. We see the trends of the last two to three months from countries such as England and Germany which are exhibiting an increase (in bookings) but the big question is the imminent reduction in the number of arrivals from Russia. Although arrivals were 5% up, this year we anticipate a decline”, he added.

Loizou said that Hermes Airports and tour operators have informed CTO that the gap created by Cyprus Airways` closure seems to have been covered. However, a problem is created with some countries that were using Cyprus Airways for their tourist packages and arrangements must be made to replace CY.

He said that these countries are the Netherlands, Germany (Frankfurt) and perhaps France. Intensive negotiations are underway with various airlines and it seems, he added, that the problem will be resolved.

Director General of the CTO, Marios Hannides said that 2015 is expected to be a difficult year for the tourist industry. He said all tourism institutions must make a joint effort to tackle the problems in 2015 to enable the tourism industry contribute to the economy, development, to combat unemployment and upgrade the quality offered.