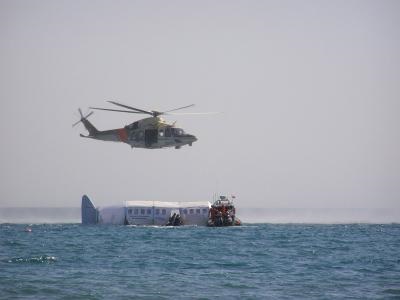 Cyprus and USA are set to hold a joint Search & Rescue exercise on Sunday morning near the coast of Cyprus.

Titled “CYPUSA-01/15” the exercise will be held with the participation of SAR Units and Personnel from the Republic of Cyprus and the United States of America, an official press release says.

“The USS Ross, which is a U.S. Navy destroyer and Helicopters of the Republic of Cyprus will take part in the Aeronautical SAR Exercise under the operational control and full coordination of the Joint Rescue Coordination Center (JRCC) Larnaca”, it adds.

It is further noted that “the main objective of the Aeronautical Exercise is the planning, preparation and execution of a joint SAR exercise, in order to promote Personnel & Rescue Units capabilities, and readiness for effective response in SAR missions and other humanitarian operations within the Republic of Cyprus Search and Rescue Region (SRR) and in the Eastern Mediterranean, in general”.

The scenario deals with a simulated “Maritime Accident” in which the Cyprus National SAR Plan “NEARCHOS”, would be immediately implemented by the JRCC Larnaca in order to confront the situation.

According to the press release the exercise will focus on daylight SAR operations, “MEDEVAC” emergency drills and deck-landing practices of the SAR Helicopters onboard the US Navy Ship’s flight deck.

This will be the first joing exercise of Cyprus and the US on SAR matters in 2015. Two similar type exercises took place in 2014.