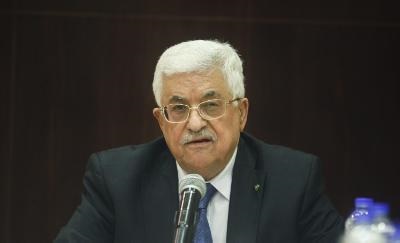 Cyprus President Nicos Anastasiades briefed on Friday the President of the Palestinian Authority Mahmoud Abbas on his visit to Israel and an initiative he intends to take.

In a written statement Deputy Government Spokesman Victoras Papadopoulos says President Anastasiades had on Friday a telephone conversation with Abbas.

During the conversation, he briefed Abbas on his recent visit to Israel and the initiative he will undertake “so that both Israeli Prime Minister Benjamin Netanyahu and Abbas are invited to have separate meetings with the European Council,” Papadopoulos adds.

“The Palestinian Authority`s President thanked the President of the Republic and expressed his satisfaction over the initiative undertaken by President Anastasiades”, the deputy government spokesman says.