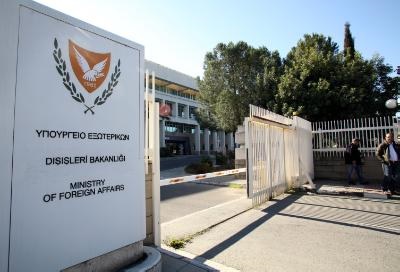 The Cyprus issue, the situation in the Ukraine as well as bilateral relations were the focus of a meeting held between the new Ambassador of Cyprus to Estonia with the President of the country Toomas Hendrik Ilves.

The new Cypriot Ambassador, based in Finland, Evaggelos Savva, presented today his credentials to the Estonian President during an official ceremony that took place in the Presidential Palace in Talin.

Savva expressed Cyprus` gratitude towards the Estonia’s stance of principles as regards the Cyprus issue. At a tête- a – tête meeting which followed the credentials ceremony, Savva discussed with the Estonian President the Cyprus issue, bilateral relations, and other issues of mutual concern such as the situation in the Ukraine and the Middle East.

The Estonian President expressed his wish that the efforts to reach a solution of the Cyprus problem that would reunify the country are crowned with success.

The Ambassador underlined the President`s firm commitment to a just and viable solution of the Cyprus problem based on the relevant UN resolutions and in line with the European values and principles and the acquis communautaire.

He also underlined the commitment of the Republic of Cyprus to enhance bilateral relations with Estonia in various fields.
CNA/AAR/MM/2015
ENDS, CYPRUS NEWS AGENCY