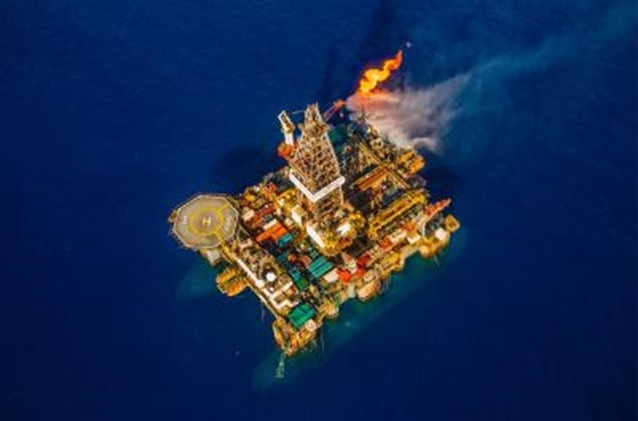 Cyprus is on the verge of moving from natural gas exploration to exploitation, Minister of Energy Yiorgos Lakkotrypis indicated on Tuesday.

Four years after the initial exploration well in block 12 in Cyprus’ EEZ, US Noble Energy will submit its development plan for the Aphrodite well that holds a gross reserve of nautal gas amounting to 4.50 trillion cubic feet. Cyprus has already engaged in talks with Egypt to explore ways of exporting natural gas in the neighbouring country.

“Cyprus is at a turning point as for the first time we are progressing from exploration to exploitation phase,” Lakkotrypis said addressing the Eastern Mediterranean Gas Conference that began in Nicosia Tuesday.

He referred to the meeting between Cyprus President Nicos Anastasiades and Noble Vice President for Eastern Mediterranean Keith Elliot who explained the company`s plan to declare the commerciality of Aphrodite field and to submit the reserve`s production plan in a few weeks.

“I cannot emphasise strongly enough the significance of this development as it will be the first time that Cyprus is moving from the exploration to the exploitation phase of its natural resources,” he said.

Lakkotrypis also referred to the Memoranda of Understanding signed between the governments of Cyprus and Egypt as well as between the two countries` Natural Gas Companies to explore ways to export natural gas from Aphrodite to Egypt via a pipeline.

Minister of Finance Harris Georgiades said that the revenue stream generated by natural gas complements but does not substitute the efforts to consolidate and reform the economy.

After signing a €10 billion bailout in 2013 to avert the collapse of its banking sector and cover its fiscal needs, the government has embarked on a fiscal consolidation and reform programme agreed with its lenders, namely the European Commission, the ECB and the IMF collectively called the Troika.

Energy policy has been elevated to a major government policy, Minister Georgiades told the participants of the conference, noting that gas reserves are very important for the local economy and the region, as well.

Georgiades said that in anticipation of the revenues the Ministry is ready to bring forward a legislative proposal to establish a sovereign investment fund, with an ultimate objective to ensure that revenues are managed through credible and transparent procedures.

However, he emphasised that the energy prospect and the expected revenue “is not a substitute to the necessary reform and fiscal consolidation”.

“We strongly believe that a reformed economy with sound public finances and sound competitiveness can absorb future revenue” he said.

“We are actively promoting our reform and consolidating agenda” he added, noting that energy “is a complement and not a substitute to the effort to put our house in order”.

Georgiades stressed that Cyprus is promoting such an agenda involving all regional actors and that this “network cooperation includes Turkey”, which could “gain significantly if it were to adopt a stance based on engagement and cooperation”.

President of the Cyprus Hydrocarbons Company (CHC) Toula Onoufriou speaking about the discovery of reserves in “Aphrodite”, she said that they are now progressing with the field development plan, embarking at the same time on marketing and sales discussion with the partners in block 12 and exploring regional markets as a potential for exporting the gas.

She said that CHC and the Egyptian Natural Gas Holding Company (EGAS) are undertaking a technical study to examine a potential pipeline and onshore facilities option related to a possible future export of natural gas from “Aphrodite” to Egypt.

The study will also examine the potential use of existing oil and gas infrastructure in Egypt.

Onoufriou noted that Egypt has a mature industry and infrastructure, large demand for natural gas and large shortage of gas, as a result of political instability in recent years and economy problems.

“They have difficulties meeting the domestic gas needs and operation of LNG plants and Cyprus can provide gas for these needs” she noted.

CHC is also looking at developing a pipeline from “Aphrodite” to Cyprus for domestic use and “we are expecting that the volume of gas needed will be around 1 bcm per year for the next 20-25 years and of course this leaves a gas volume which can be exported”, said Onoufriou.

Noting that Aphrodite is the third most significant discovery following Israel`s Leviathan and Tamar, also operated by Noble, he said it has the potential to supply Cyprus` domestic market and meet the strong regional demand.