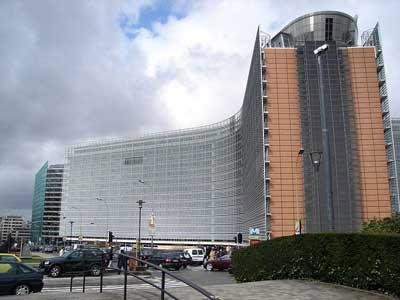 Cyprus` macroeconomic outlook shows signs of stabilisation, although the external environment is unfavourable, the EU Commission says in a report on the local economy, adding that “fiscal consolidation remains necessary” for the country.

For Cyprus, the Commission’s report for 2015 in its executive summary says that “although the external environment is unfavourable, Cyprus` macroeconomic outlook shows signs of stabilisation”, adding that “fiscal consolidation remains necessary”.

It also notes that “although there has been progress on various fronts, compliance with programme conditionality in some fiscal structural and structural reforms is lagging behind schedule”, that “the banking sector has gradually stabilised.”

“The most pressing challenge going forward is to reduce the excessively high level of nonperforming loans in the banking sector, which will be key in restoring bank intermediation functions and thereby supporting investment growth and that there is an urgent need to step up the momentum of structural reforms”.

The Executive Summary of the Commission’s report says that the recession is gradually losing momentum, and real GDP has contracted by 2.4%, i.e. significantly milder than the 5.4% contraction in 2013.

While the resilience in private consumption continued in 2014, investment, particularly in construction, continued its downward adjustment. Despite the fall in activity, the unemployment rate has stabilised and has registered 16.1% of the labour force during the first part of 2014.

In 2015 and 2016, growth is forecast to resume only gradually as private domestic demand slowly picks up, supported by lower energy prices. External demand is expected to be negatively affected by the deterioration of the economic situation in Russia. Negative risks remain however, notably due to a potentially more extended period of tight credit supply and a worsethan-expected deterioration of the economic situation in Russia.

Fiscal consolidation remains necessary. Building on the strong fiscal performance to date, the authorities would need to maintain prudent budget execution. “As agreed at the start of the programme, an additional adjustment will be necessary towards the end of the programme to attain the long-term objective of a sustained 4% of GDP primary surplus, which is needed to place public debt on a sustainable downward path.”

The 2014 primary balance could be significantly better than the end year primary target (of -1.2% of GDP). However, the statistical accounting of the cooperative banking sector recapitalisation in early 2014 could have a one-off negative impact amounting to several percentage points of GDP.

Although there has been progress on various fronts, the report points out, compliance with programme conditionality in some fiscal structural and structural reforms is lagging behind schedule. Progress has been made, notably with the adoption of the welfare reform, the adoption of the mediumterm debt management strategy and risk assessment of government guarantees, and on international tax cooperation, which could reverse the negative rating by the Global Forum.

Measures to facilitate employment and to mitigate the negative social effects of unemployment have been partially implemented, albeit at a slow pace. However, some delays have accumulated since September 2014, particularly on healthcare reform, privatisation, revenue administration, and public administration reform.

“The banking sector has gradually stabilised. The outcome of the Comprehensive Assessment by the European Central Bank was positive with only one bank requiring additional capital that could be met with private capital. As a result, deposit outflows continue, but they have stabilised. Capital controls on domestic transactions have been abolished and the controls on external transactions are now being gradually phased out.”

The most pressing challenge going forward is to reduce the excessively high level of nonperforming loans in the banking sector, which will be key in restoring bank inter-mediation functions and thereby supporting investment growth. Non-performing loans are still on the rise, reaching 48.5% of outstanding loans in September and 49.7% in November 2014. Bank restructuring of these loans remains very slow.

Two key measures in this regard, the report says, are the proper implementation of the foreclosure law (which allows a bank to seize real estate collateral) and a modern insolvency framework for individuals and companies. These two legal frameworks are needed to create incentives for both debtors and creditors to agree on debt restructuring. The foreclosure law has been adopted, albeit with delay, thereby postponing the conclusion of the fifth review, as it was one of the prior actions for concluding the review. However, the House of Representatives has further postponed the implementation of the Law.

There is an urgent need to step up the momentum of structural reforms, notably in the areas of public administration, privatisation, healthcare, liberalisation of regulated professions, and energy, if substantial progress is to be achieved by the end of the programme in March 2016. This would also help a revival of productive investment, one of the key priorities of the new Commission, it concludes.
CNA/EK/MM/2015
ENDS, CYPRUS NEWS AGENCY