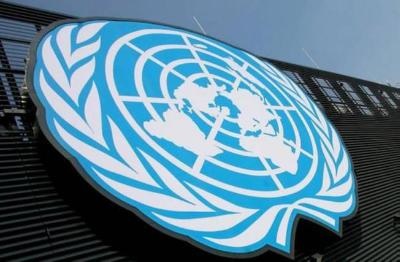 Permanent Representative of the Republic of Cyprus to the United Nations Nicholas Emiliou, denounced violations of human rights and the principles of the UN Charter by the continuing Turkish occupation of Cyprus, in an open debate that took place Monday at the UN Security Council about “Maintaining International Peace and Security: Reflect on History, Reaffirm the Strong Commitment to the Purposes and Principles of the Charter of the United Nations”

Eighty Member States took the floor and spoke at the Council`s meeting held under the chairmanship of the Chinese foreign minister, Wang Yi. The meeting was also attended by Russian Foreign Minister Sergei Lavrov.

In his intervention Emiliou said that for states like the Republic of Cyprus, the foundation of the UN has been a source of inspiration in the endeavor for national independence, within the wider context of the anti-colonialism movement of the 1950s and 60s.

The Cypriot Permanent Representative expressed his regret that “Cyprus constitutes a case in which the principles of the UN Charter are still violated as a result of the continuing Turkish occupation“. He added that this “begs the question to this `august body` and to the whole of the international community, whether these principles are adhered to unreservedly and universally or they are being diluted by mere declarations of good intentions and selective application, only for the world to eventually return to an era of anarchy, double standards and the perception that might is right.”

He pointed out that Cyprus did not ask anyone to intervene in its favour. “Cyprus simply invokes international law and legality, because she believes that a key element of our civilisation is not primarily the pursuance of our self-interest but the support of legality. It would be more appropriate, if one said that our true collective interest is to support legality and the rule of law on the international stage”, he said.

The Republic of Cyprus, an EU member state since 2004, has been divided since 1974 when Turkey invaded and occupied its northern third. UN-backed talks to reunite the country under a federal roof have failed so far due to Turkey`s intransigent stance and a policy of a `two state` solution on the island.

Turkey, which is an EU candidate country, violates international law and human rights in Cyprus since the invasion in 1974. Numerous resolutions and decisions by international and European organisations calling on Ankara to withdraw its troops from Cyprus are not respected by Turkey.