Cyprus and France to carry out joint search and rescue exercise 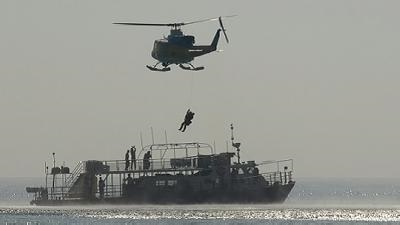 Search and Rescue (SAR) Units and personnel from Cyprus and the French Navy are set to carry out a joint search and rescue exercise, on Thursday, the Defence Ministry announced on Monday.

The exercise, titled “CYPFRA-01/15”, will be conducted near the coast of Cyprus, under the operational control and full coordination of the Joint Rescue Coordination Center (JRCC) in Larnaca.

The Ministry said that the scenario would deal with simulated “Maritime Accidents” in which the Cyprus National SAR Plan “NEARCHOS”, would be immediately implemented by the JRCC Larnaca to confront the situation. The exercise, it was added, would focus on daylight SAR operations and “MEDEVAC” emergency drills onboard the French Vessel flight deck.

The Ministry noted that similar exercises would be carried out at regular intervals with French aeronautical forces operating in the Eastern Mediterranean.