Commissioner Stylianides: Europe cares and stands in solidarity with the people of Syria 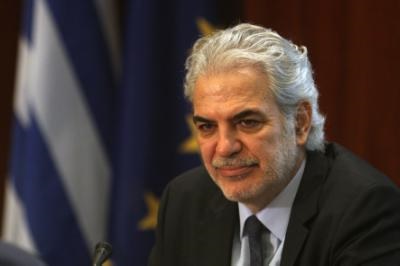 EU Commissioner for Humanitarian Aid and Civil Protection Christos Styliandies has expressed great sadness over the Syrian crisis, in a statement on the 4th anniversary of the crisis.

“It is with great sadness that we mark yet another tragic anniversary of the Syria crisis, which this week enters into its fifth year,” he noted stressing that “Europe cares and stands in solidarity with the people of Syria. The European Commission and its Member States are among the largest humanitarian donors for the Syria crisis, having so far contributed more than €3.35 billion. This is a strong signal of our commitment to the people of Syria and its neighbours, who have suffered so much,” he noted.

According to Stylianides, the upcoming annual pledging conference for the Syria crisis at the end of the month in Kuwait will be a test of the international community`s commitment. The European Union will fully live up to this responsibility, and I call upon other donors to do the same.”

Stylianides noted that the humanitarian situation inside Syria is worsening every day and a staggering 12.2 million people are in need of urgent humanitarian assistance in the country – nearly one third more than a year ago!

As he said, over 3.8 million Syrian refugees have sought refuge in neighbouring countries, putting a huge strain on host communities. “The enormous generosity of the host countries can only be commended. Refugees in these countries must continue to be protected, and I trust the host governments to fully respect their international commitments,” the Commissioner underlined.