Commissioner Cretu to visit Cyprus for utilisation of EU funds 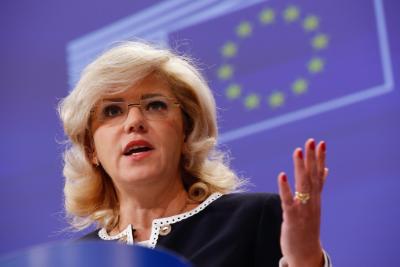 European Commissioner for Regional Policy Corina Cretu will be paying an official visit to Cyprus on October 15, with the main purpose of fully utilising the potential of European, Structural and Investment Funds, and to secure the successful completion of the programmes for the period 2007-2013, as well as the timely planning of the programmes for the period 2014-2020.

The Directorate General for Regional and Urban Policy is the European Commission service for European, Structural and Investment Funds. For the period 2014-2020, the Republic of Cyprus has secured financing worth €960 million from these Funds.

During her visit, Crețu will meet with the Ministers of Finance and Agriculture, and the Directorate General for European Programmes, Coordination and Development.

She will also visit the old town of Nicosia in the Tahtakalas area, which was restructured with EU funds during the period 2007-2013, as well as the intensive care unit of the Nicosia General Hospital, where telemedicine and tele-education methods are being used, financed by EU funds and considered to be best practices for the EU.