Coaches of FRK-WKC, pleased by level presented in European Championships in Belgium 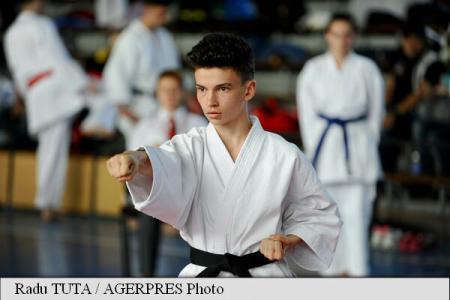 The coaches with the WKC Romanian Karate Federation (FRK-WKC) have expressed their satisfaction with the level shown by Romanian fighters in the European Championships for children, cadets and juniors organized by the World Union of Karate-Do Federations in Herstal, Belgium.

“We will have strong opponents in the future. Especially in the children and mini-cadets categories there was strong competition from other countries, but, if we maintain our training level from up to now, I believe that we will stay on top”, Hanga emphasized.

“At the children level our behaviour was ‘hats off!’ but Italy and Poland are a thorn in our sides. In the junior and cadets categories they’re clearly on the rise”, the coach added. More…