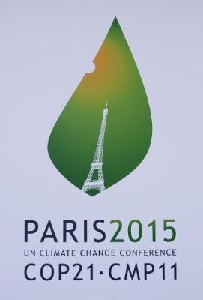 Climate change is an alarming reality that affects everyone ministerial envoy of Cyprus Andreas Mavroyiannis has said, noting that there is no time for theoretical discussions.

There is no room for failure at the meeting of the Parties to the Kyoto Protocol (COP 21) as the stakes are very high, he noted on Sunday during the United Nations Summit on the 2030 Agenda for Sustainable Development, in New York.

“With the adoption of the Financing for Development in Addis Ababa and the 2030 Agenda for Sustainable Development, the Paris Conference on climate change is another step forward and we must achieve a substantial, global agreement on climate change and build on the positive momentum gained from this year`s recent agreements” Mavroyiannis noted.

Cyprus, a small island in the Mediterranean, is already experiencing the severe effects of climate change, he said, adding that “climate change is a threat to everyone, but is particularly threatening for small islands”.

The European Union and its member states presented their contributions to gas emissions reduction last March, according to the timetable agreed in Warsaw, the Cypriot ministerial envoy said and called on all countries to present their contributions without further delay.

He pointed out that it is crucial that all nations commit themselves to contributing their best to the adoption of a single, global, legally binding agreement that will be fair and balanced and will ensure that global warming will remain below 2 ° C.

The international community, he concluded, must commit to support concrete actions and provide solidarity to the states most vulnerable to climate change and especially the island states of the Pacific.