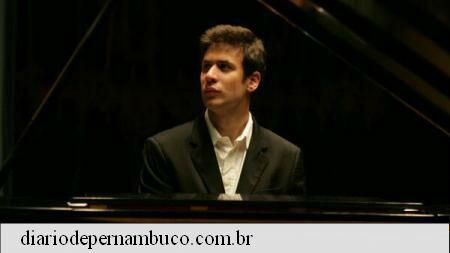 Brazilian musician of Romanian origin Cristian Budu, the latest winner of the prestigious Clara Haskil International Competition at Vevey, Switzerland, will be opening today, at 19:30hrs, EET, the second edition of the Clara Haskil Festival, to be hosted by the Thalia Hall in Sibiu, according to a release sent to AGERPRES.

‘We are glad that Cristian Budu has chosen to include in the evening’s bill in Sibiu the 24 preludes by Chopin, a landmark in the solo piano literature, a challenge to any musician and a great joy for music lovers!” says pianist Alina Azario, artistic director of the Clara Haskil Festival in Sibiu.

Budu will launch his first album with Chopin’s preludes and Beethoven’s bagatelles, in February 2016, produced by the Swiss record house, Claves Records.

The 2nd edition of the Clara Haskil Classical Music Festival will be unfolding October 26 — November 2, at the Thalia Hall of the Sibiu Philharmonics House, as the first project of international prestige honouring the memory of the legendary pianist of Romanian origins.

“One of the surprises of the 2nd edition of the Clara Haskil International Classical Music Festival is opening up the project to public reading performances. On November 2, Maia Morgenstern will read out from the correspondence between two important musicians: Clara Haskil and Dinu Lipatti. A reading concert that sets to illustrate one of the most beautiful and longest running friendships ever between two artists of international fame despite their age gap,” organisers say. More…