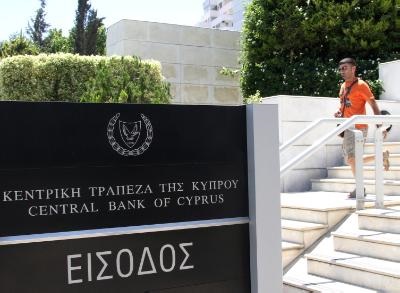 An investigation into the role of the Central Bank of Cyprus (CBC) in the procedures related to the granting of Emergency Liquidity Assistance to Cypriot banks and the sale of their operations in Greece is underway at the CBC, its spokeswoman told the Cyprus News Agency on Tuesday.

“The Board believes that it has an obligation to carry out a probe into the procedures followed by the Central Bank”, Aliki Stylianou said, replying to a question by the CNA.

She said that investigations are underway into the role of the CBC in the granting of ELA to Cypriot banks and the sale of their operations in Greece, two years ago.

The sale of the branches of three Cypriot banks in Greece had been set by the Troika (ECB, EU Commision and IMF) as a precondition for the approval of Cyprus’s financial support programme.

The operations of the branches of Laiki Bank, Bank of Cyprus and the Hellenic Bank in Greece were sold to Piraeus Bank in Greece. The total value of assets transferred amounted to €16,4 billion and the total liabilities €15 billion. The total sale price received had been calculated based on the methodology agreed by the Eurogroup on 25 March 2013 and amounted to €0,5 billion.

Invited to say whether an announcement issued earlier on Tuesday by the CBC had to do with recent reports in the press suggesting disagreements between high ranking officials of the CBC, Stylianou said that “we are explaining the actions already taken by the Central Bank, especially after recent statements” to the media.

In response to recent press reports on investigations which are being conducted into Cyprus` financial scandal and the issues of its governance and restructuring, CBC issued a four point press release regarding its decisions both on the issue of emergency liquidity from the ECB and the sale of Cypriot banks` branches in Greece and the reorganization of the Organization.

According to the press release, an investigation is already underway into the Emergency Liquidity Assistance (ELA) as announced on November 21, 2014.

It is also noted that following the decision taken by its Board of Directors, on 12 November 2014, the CBC has already proceeded with the investigation procedures relating to the sale of branches of Cypriot banks in Greece in March 2013.

CBC Board of Directors has over time recognized the need for reforms in the organization, the structure and the operation of the Bank and the need to introduce good governance practices.

For the first time in the history of CBC, its Board of Directors unanimously and having the necessary support by the Governor decided on 22 September 2014 to fully reorganize and modernize the CBC.

In this respect, and taking into account previous recommendations, it was decided to carry out an intensive and comprehensive study that reflects international best practices which can, however, be applied to meet the current needs and the role of the CBC, the statement concluded.