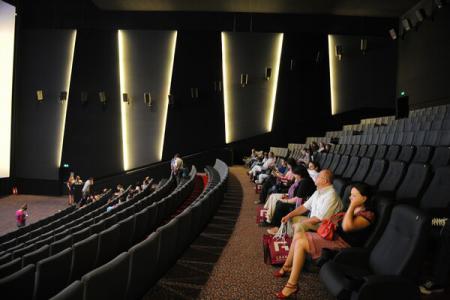 The films “Aferim!” directed by Radu Jude; “Despre oameni si melci” (Of Snails and Men) by Tudor Giurgiu and “Dupa dealuri” (Over the Hills) by Cristian Mungiu are some of the films that have been specially adjusted to be projected in the first edition of Romania’s National Film Festival for the Visually Impaired, May 15-19.

The films will be projected at the Peasant Museum Cinema and the Elvira Popescu cinema.

The projections have been customised for visually impaired and blind people. The disabled spectators will be given headphones while a narrator will provide additional details in between the lines of the characters about the clothing of characters, facial movement, atmosphere and any other information that could facilitate the understanding of the movie. The non-impaired spectators will watch the film under normal circumstance, but anyone can experiment with watching a film wearing a pair of headphones.

The festival is designed to popularise and promote audio-described cinema for the visually impaired, increase the involvement of the filmmaking industry in making films more accessible to such people and also to create a favourable framework for the participation of the visually impaired in the cultural life. More…