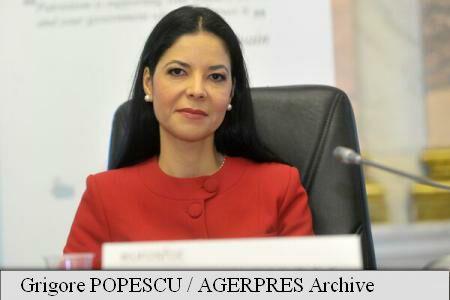 Social Democratic Party (PSD) Deputy Ana Birchall believes Romania is prepared to support the projects that can contribute to consolidating the energy security of the European Union.

“Romania’s parliamentary delegation headed by Ana Birchall, chair of the Deputies’ Chamber’s Committee for European affairs, participated in the Conference of Parliamentary Committees for Union Affairs of Parliaments of the European Union (COSAC), carried out in Latvia, in Riga, over May 31 — June 2. Romania’s delegation was made up of Deputies Dorin Petrea (UNPR) [the National Union for Romania’s Progress] and Alexandru Nazare (PNL) [the National Liberal Party] and Senators Mihaela Popa (PNL) and Danut Mihai (PC) [the Conservative Party]. The main matters debated within COSAC were related to the challenges and opportunities of the EU’s common energy policy, the EU trade policy for the next five years, with a focus on the negotiations between the EU and the USA on the topic of the Transatlantic Trade and Investment Partnership (TTIP), the involvement of national parliaments in the decision-making process in the European Union, the future of the parliamentary control in the area of European affairs, as well as the stage of the achievements of the Latvian Presidency of the Council of the EU,” shows a press release remitted by Ana Birchall to AGERPRES on Tuesday.

According to the source, Ana Birchall pointed out Romania’s major interest in the direction of EU’s energy security.

“Romania is prepared to support the projects that can contribute to consolidating the energy security of the European Union, in full agreement with the EU’s objectives and regulations referring to the diversification of routes and suppliers, in the context of the European policy in the area. Thus, the Energy Union should stimulate the efforts paid by the member states, the national regulatory authorities and the transport and system operators aimed at intensifying the transborder cooperation. On the external dimension, Romania also grants a priority interest to the energy interconnections with the Republic of Moldova,” the PSD Deputy showed. More…