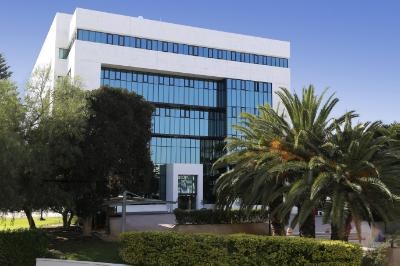 The Bank of Cyprus, the island`s largest lender, is making timely progress in implementing its restructuring plan, rating agency Moody`s notes in a credit outlook bulletin.

On the occasion of BoC`s announcement that it repaid an additional €500 million of Emergency Liquidity Assistance (ELA) during July and August, reducing its stock to €5.4 billion or 23% of assets, Moody`s notes “this repayment will lower the bank’s funding expense and strengthen confidence in its ability to continue implementing the restructuring plan it agreed on with the European Union in 2013.”

“The progress thus far allows the bank to continue focusing on its significant asset quality challenges, including non-performing loans (NPLs) at 52.7% of gross loans at the end of June,” Moody`s note.

Cyprus and its international lenders (the EU and the IMF) concluded on €10 billion bailout to avert the collapse of the island`s financial sector. As part of the bailout conditions, Bank of Cyprus was recapitalised through the conversion of 47.5% of deposits over €100,000 to equity, whereas it absorbed the assets of Cyprus Popular Bank, the island`s second largest lender, which has been wound down. Last year the bank proceeded to a €1 billion capital raise, enabling the group to pass the ECB`s stress tests.

According to Moody`s, since April 2013, when ELA funding peaked at €11.4 billion, the BoC has repaid around €6 billion.

According to Moody`s during the second quarter of this year, BoC’s deposits in Cyprus stabilised at €11.6 billion, and as assets declined by €1.4 billion, deposits increased to 53.7% of assets from 51% in March 2015.

Furthermore, the agency refers to notice letters sent by the bank to around 25 defaulted corporate borrowers with €84.9 million of total loans outstanding regarding foreclosure proceedings on their real estate collateral.

“Even though the amount is only a fraction of the bank’s €12.1 billion of NPLs, the letters signal the legal change to strategic defaulters who have refused to repay their loans despite having capacity to pay,” the agency notes.

However, Moody`s points out that “although the ELA repayment is ahead of plan, we nevertheless expect BoC’s balance sheet repair process to be lengthy given its high stock of NPLs, and we expect high provisions and write-offs to burden the bank for years.”