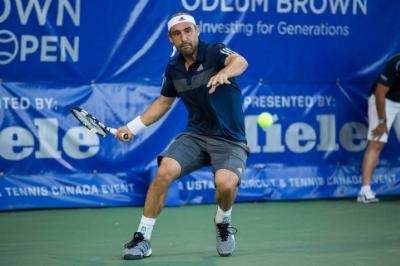 Baghdatis took one hour and 34 minutes to navigate a tricky first round encounter with the German.

According to a press release, Marcos fired eight aces and won an impressive 87 per cent (27/31) of first serve points to complete the 7-6(6), 7-6(0) victory. Making his second appearance in Irving, he extended his record to 27-3 on the ATP Challenger Tour over the past year.

The seventh seed this week in Irving, he improved to a perfect 3-0 against Brown and will face either Paul-Henri Mathieu or Marinko Matosevic in the second round.

The Cypriot tennis player is seeking his 11th title on the Challenger circuit.