August sees increased travelling to and from Cyprus 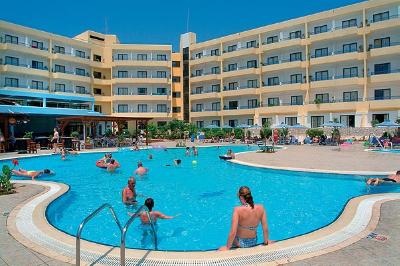 An increasing flow of tourist arrivals and departures of Cypriots is being recorded in August at Cypriot airports, with incoming tourism giving a financial boost to the island, and Cypriots travelling close to home, mainly Greece and other European countries, and avoiding long journeys to keep the cost of vacations low.

President of the Association of Cyprus Travel Agents (ACTA) Ntinos Kakkouras told CNA that all flights for August – both chartered and scheduled flights – were fully booked, and expressed hope that this trend would continue.

Kakkouras said that as regards Cypriot travellers, apart from a fortnight in July that had been affected by the Greek crisis, the other months had recorded very satisfactory numbers.

Regarding incoming tourism, Kakkouras told CNA that the UK had recorded a significant increase this year. Second came Russia, which however had recorded a decrease from 25% to 20%. However, Germany, the Scandinavian countries and Israel had recorded increases and by the end of the year may cover the difference from the losses from the Russian market.

According to ACTA, the destinations Cypriot prefer are Greece, followed by France, Italy, Austria and other European countries. Destinations farther away are avoided due to the cost.

Kakkouras noted that August is for Cypriots the main holiday month, while September is going back to school month. On the other hand, September is a good month for incoming tourism, along with July and August.

“We hope that the flow of bookings for October and November will continue, which would extend the tourist season”, he added.

He also expressed hope that by the end of the year there would be an overall increase in tourism.

“At the beginning of the year there was a drop due to the Russian market. However, it appears that arrivals from other countries will help us end the year with positive figures”, he concluded.