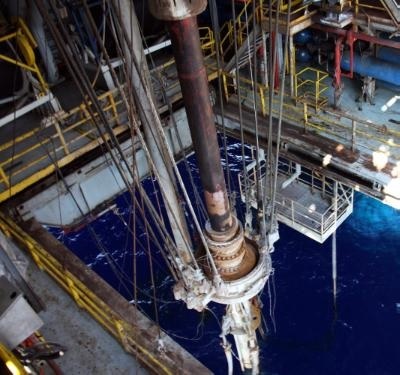 The “Aphrodite” natural gas field discovered in Cyprus` exclusive economic zone (EEZ) has been declared commercial by the three companies Noble Energy, Delek and Avner, that own the rights of the field.

The companies must now submit to the Cypriot Government a Development and Production Plan for “Aphrodite”.

“Noble Energy International Ltd, Delek Drilling Limited Partnership and Avner Oil Exploration Limited Partnership, holders of a license for the exploration of hydrocarbons in block 12 of Cyprus’ EEZ, have declared the commerciality of the “Aphrodite” natural gas field” Cyprus` Energy Ministry said in a press release on Sunday, welcoming the development.

The Ministry noted that “in accordance with the contractual obligations undertaken by the licensees of block 12 of the Cypriot EEZ towards the Republic of Cyprus, the submission to the Cypriot Government of a Development and Production Plan for the “Aphrodite” field will follow”.

The Development and Production Plan is expected to include the companies` proposal with regard to the method and the timeline for development and production, as well as the planning for the sales and marketing of the hydrocarbons.

The Plan will have to be approve by the Cypriot government and if and when an agreement is reached and the Plan is approved, the Cabinet will be called upon to grant the companies an exploitation license.

“The declaration of commerciality confirms the existence of substantial recoverable natural gas reserves in exploration block 12 of Cyprus’ EEZ. It constitutes a significant milestone to Cyprus’ transition from the hydrocarbons exploration phase to that of exploitation. It is another important step towards the monetization of the country’s indigenous natural gas reserves, both for domestic electricity generation and other uses, as well as exports via direct subsea pipelines to neighbouring countries with which the Republic of Cyprus maintains excellent bilateral relations” the Energy Ministry stressed.

Noble Energy, the first company to discover natural gas resources offshore Cyprus, said in a press release that along with its partners Delek and Avner, filed a Declaration of Commerciality for development of the Aphrodite field.

“The Aphrodite field has the potential to supply the Cyprus domestic market and help meet strong regional demand” the company noted.

For projects of this scale, four key elements must be in place for development, according to the company:

2. Commercial resources: the companies filed a Declaration of Commerciality, reflecting that they believe the quantity of resources is sufficient to support development.

3. Technical engineering design work and procurement planning, which are part of the development plan.

4. Identifying buyers for the resources at terms adequate to underpin investment in and financing for the project.

In late 2011, Noble Energy announced the discovery of “Aphrodite” with estimated gross mean resources of 5 Tcf. It operates the discovery with a 70 percent working interest, while Delek Drilling and Avner Oil Exploration each hold 15 percent stakes.