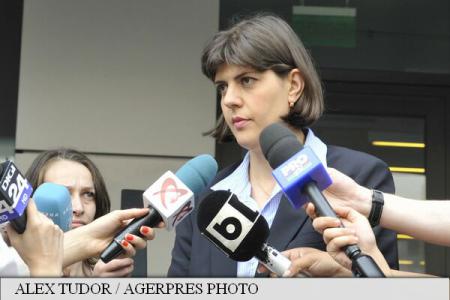 The National Anti-corruption Directorate (DNA) head, Laura Codruta Kovesi said on Tuesday the investigation in the Prime Minister’s criminal case is almost completed, pending a few evidence to be added to the file.

“The case prosecutor will make a decision on when the investigation is completed. All I know is it’s almost done; there are a few evidence to be added on. The moment it will be given a solution, we’ll informyou,” Kovesi said.

Ponta is under criminal investigation by the DNA in the ‘Rovinari-Turceni’ case for false private statements (17 counts), complicity to tax evasion in continued form and money laundering, as a lawyer (legal representative of the Individual Law Office ‘Ponta Victor-Viorel’).

The charges against him refer to benefiting from a large part of the sums remitted to the Law Office ‘Sova and Associates’ by the Turceni and Rovinari energy complexes, although Ponta allegedly did not conduct any professional activity as part of the agreement between the two attorney’s firms.

On September 3, Ponta has filed a request to the prosecutor to separate his case from a wider criminal investigation on legal counselling for the two energy companies. He mentioned he wants his situation to be cleared faster. More…