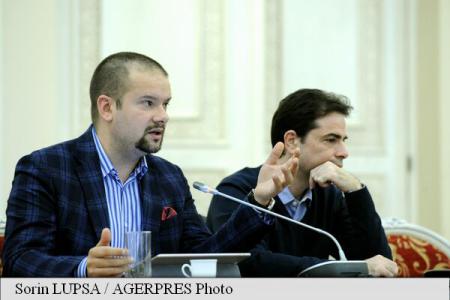 “I believe that the quality of democracy can be truly measured by the freedom of speech, by the extent of the freedom of speech. Starting from a minimum, we can say that our mere presence here, at the discussion, is a sign that we are on the right path. Had censorship been so high, we couldn’t have met and talked now. The less regulations in mass-media, the better, of course. From my point of view, mass-media is a living body that must be allowed to evolve independently, free of all restrictive legislative interference. The freer we can speak, the more democratic we can say the state is,” Giboi said at a debate organised at the Senate by the Expert Committee on the assessment of the state of democracy and rule of law in Romania.

He showed that a well-informed public always makes the best decisions and underscored the need for education programmes being set in place in respect to selecting the information sources.

“From my point of view, we don’t have a very well-trained public as far as the selection of the information sources is concerned. When the public is not that well trained in selecting the information sources, you face the risk of having a public that doesn’t make the best decisions, because it is misinformed, so to speak. A well-informed public always makes the best decisions in a democratic state. Therefore, I support the idea of the need for public education programmes in respect to selecting the information sources. We can start right with schools or high schools. The pupils can be trained to know what print media and the television are, how they can use the Internet to find useful information, (…) to know how to make a selection of the information items according to their own needs, (…) to make the difference between information and opinion,” Giboi explained.

He saluted the committee’s initiative to organise a debate on the topic of the relation between the quality of democracy and the freedom of the press, but voiced dissatisfaction at the fact that not all the media seem interested in this topic.

“We can have endless talks on how oppressed the media is or on the malfunctions of the rule of law which lead to certain unwanted situations in mass-media, be it public or private, but I believe that we should realize that a great part of the media is not interested in this situation. Why? In my opinion, because there are certain conditionalities in the private mass-media, in particular, which are related to the financial side, conditionalities which have led to certain variations and inequalities in respect to the evolution of the press, both private and state-owned. There has always been a debate concerning this situation with the state-owned media which has money, and private media which doesn’t have money. I cannot say that AGERPRES has money and I cannot say it has a very wide freedom to develop as a press institution either. Each area is confronted with specific conditionalities; I don’t believe that there must be a competition between public media and private media. We even help the private media as much as we can, we have even released a free-access public newsfeed,” Alexandru Giboi also said. More…