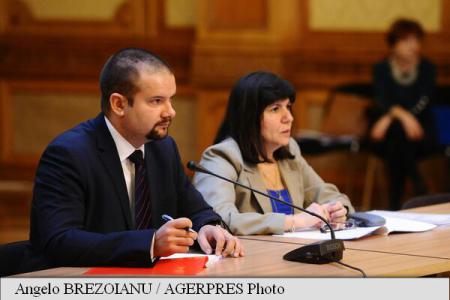 The budget of the Romanian National News Agency AGERPRES for 2016 was adopted, over the weekend, unanimously, by the joint Budget Committees of the Chamber of Deputies and Senate, with the amendment for additional funds for an online video service also included.

The lawmakers in the joint Culture Committees adopted, on Friday, an amendment providing for an addition of 1,646,000 lei to the AGERPRES budget to develop the video service, but in the discussions held in the joint Budget Committees it was decided that the Agency’s budget be supplemented by 1 million lei, with the remaining sum to be given at the summer budget adjustment.

The amendment, adopted unanimously by the joint Budget Committees provides for an addition to the AGERPRES budget by diminishing the budget of the Public Finance Ministry (the Other Transfers chapter) by one million lei.

AGERPRES General Director Alexandru Giboi has emphasized that the addition is “vital” for the functioning of the video studio, as well as for maintaining the development rate of the Agency.

“The Agency’s 2016 budget is worth 22,130,000 lei, of which the state budget is 19.130.000 lei. We have a very important need in regards to personnel spending. This year we had pretty high investment costs for the outfitting of a video studio and, obviously, in 2016 we want this studio to function and for this we need an addition to the budget. We have to hire 30 persons. Consequentially, in order to maintain the development rate of the Agency, this addition is vital,” Alexandru Giboi said.