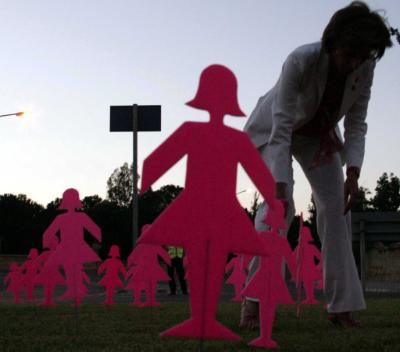 A total of 602 new breast cancer incidents affecting women were recorded in 2014 in Cyprus, while other four new incidents concerned men. Moreover, 64 women lost their lives from breast cancer, Europa Donna Cyprus President Evi Papadopoulou said on Wednesday, during a press conference on the occasion of the annual march in memory of breast cancer victims organised this year on October 10 in Nicosia. Participants will hold 602 pink figures, four blue and 64 white ones.

Papadopoulou stressed during the press conference that Europa Donna Cyprus demands the establishment of a Specialized Breast Centre in Cyprus. As she said, according to statistics survival among women will be 30% higher if they are treated at this Centre.

Papadopoulou noted that seven thousand people attended last year`s march and that the aim is to have more people this year. Moreover, she said that more than 21 thousand people have signed in favour of the creation of the Specialized Breast Centre.

Papadopoulou recalled that the Council of Ministers has already approved the establishment of the Centre and that competent ad hoc committee has prepared a study on it.